“Dealing with a narcissist is like being in the Hunger Games. It’s the same game, just every hour brings a new challenge.”

Bring On The Game

Getting stung by tracker jackers, avoiding poison berries, and being attacked by genetically altered wolves are pretty big challenges. Dealing with someone who has been diagnosed with narcissism or appears to have narcissistic traits is a lot like this. My Mom and Grandma are going to be mad that I said this but it’s a constant mind f*** to deal with a narcissist.

GET THE FREE DEALING WITH A NARCISSIST WORKSHEET BELOW NOW! 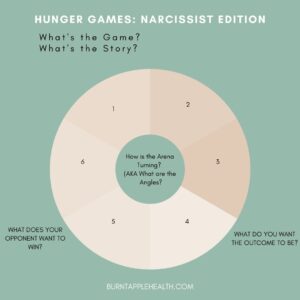 Why Dealing with a Narcissist is a Game

Narcissism is defined as:

That’s Not Too Bad To Deal With Is It?

While that sounds like it would be pretty easy to diagnose there are mind games that are used that can make it extremely difficult for you to recognize that you are ensnared in a game. Some of these are:

Two Truths and a Lie

When you start to have conversations with someone who you feel may be narcissistic or has been diagnosed as narcissistic, you may start to feel like something is ‘off’ when you have a conversation with them. It could be you know they are lying to you, but you don’t have something tangible that ties them. Maybe their story becomes a ride on the merry go round that leaves you spinning. Or perhaps you leave a conversation with them with a sick feeling. These could be signs that the person you are having conversations with has you ensnared in a game.

TIRED OF THE GAME? GET YOUR FREE DEALING WITH A NARCISSIST: HUNGER GAMES EDITION WORKSHEET NOW!

Identify Your In a Game with a Narcissist

If you think you might be in a game with a narcissist, identify it. Say it out loud or in your head to yourself. “I’m in a game. It’s just a game.”

A few years ago I was entrenched in this cycle myself. While never diagnosed, my ex husband exhibited quite a few of those narcissistic traits on a regular basis….especially towards the last few years of his life. It was like playing a game of two truths and a lie all the time. What was the truth and what were the lies? Sometimes there was only one lie in his story and lot’s of truth. Sometimes there were quite a few lies and a only a little bit of truth. The conversations were exhausting because before I recognized and acknowledged it was a game, I often allowed it to emotionally and physically exhaust me. I would tell myself things like “the story he’s telling sounds good but something is just EATING at me. Something doesn’t seem right. WHY doesn’t it seem right?” or “I can’t understand why he would hurt me like that. What is he saying that isn’t true? Is it true and it’s just me reading into it??”

Break Down the Conversation and Look for the Lies

When you feel this way after EVERY conversation it takes a toll on you. Looking back there were MANY conversations I now see as a game. Do any of these sound familiar?

Me: “Can you tell me what these charges are on the credit card?”
Him: “Don’t worry about it. I went to dinner the other night.”
Me: “It seems like a really high price for one person to go out to dinner.”
Him: “The company reimburses me for it since it was for work. A coworker told me about the place and said it was good and I wanted to try a few different things. It was on the companies dime. They’ll reimburse me but honey next time you travel out to see me we should go there it was so good. You should TOTALLY try the fish tacos honey they were delicious. Doesn’t that sound good for dinner?”
Me: “For me or for you? You haven’t touched fish in the ten years we’ve been married. I’ve taken you to really expensive places that you would’nt even touch a bite of it at. Seems interesting that your coworker could get you to try it by yourself.”

TIRED OF THE GAME? WE GOT YOU! GET YOUR FREE WORKSHEET NOW!
(Later found out his date ordered fish tacos and he tried them to make a good first impression)

Me: “Can we get the taxes done together this weekend when you get home?”
Him: “Honey, I just want to spend time with you. I have NOTHING to do when I’m no the road. It will give me something to do. And you HATE money. I end up doing the taxes anyway because you zone out. Why not let me take care of them and I’ll let you know how much we get back?”
Me: “I know, so I made an appointment with an accountant. Since I’m in school now and we have the house we should probably have someone making sure everything looks okay.”
Him: “I’ve got it covered. Our life isn’t THAT complicated. There’s no need to pay an accountant for anything. We need all the money we can get.”

(Never would tell me how much he got back from returns because in court I found he created companies without me knowing and wrote off thousands every year as losses. He would shutter the company and start a new one and write off the losses. He would also list me as an employee so he could get additional money back on these defunct companies he created We were getting huge tax returns and I would be told we only got $1000 back at the most).

Accept You’re In a Game

Once I personally recognized it as a game, I would make myself verbally say it out loud or in my head after having a conversation that left me with a feeling of something not being right. The game for me soon became much easier to dissect. I was able to take the feelings and emotions out of those conversations and simply write down what he said and then look for the truths and the lies. It started to feel much easier for me to deal with because I could take all the emotion out of our conversation. He was just playing a game with me. I was acknowledging it now. Now it was a messed up date night where we were sitting across the table from each other. He thought I didn’t know what his next move was. I was figuring out his moves.

I started to find out that the game he played never really changed. He played several games, but the cheating was one of the games he did for a long time. Here’s the rundown of his game and story he gave to the woman he met. This never changed.

FIGURED OUT THE GAME? GRAB YOUR FREE DEALING WITH A NARCISSIST WORKSHEET AND START PLAYING NOW!

What is the game?

Game: Cheating
Story: I have been divorced for three years. I have three children that live in Colorado. I travel a lot for work. I have visitation with them every other weekend. My ex is still very bitter about the divorce and I don’t know why. I provide well for her and the children and she had everything she could ever want.

Write down the details from the game and dissect them:
‘Divorced for three years’: LIE (we were still very much married)
‘Children (three) live in Colorado’: TRUTH
‘He travels a lot for work’: TRUTH
‘Has visitation every other weekend’: LIE (he’s still married and is home Thursday-Monday every week)
‘My wife is still bitter about the divorce’: LIE (can’t be bitter about something I don’t know about)
Victim: ‘I don’t know why she’s still bitter.’ ‘I provide well for her and the children.’ ‘She had everything she could ever want.’: LIE (we weren’t divorced…yet)

When I finally could glean enough evidence and see this first part of the game, it became easier to see the next few parts of the game. When I approached him with the evidence (Tinder profile and texts) that I knew he had been cheating not only now but could also connected the dots from the stories he had told me in the past too that connected him to cheating, he wasn’t too happy. When I told him we would be getting a divorce, it caused rage in him. I knew his game. It was time to move the game to the Hunger Games arena now to keep me spinning.

The arena is the hardest part. It’s the mind f*** part. It’s the part where they know you know something, but they still think that they have control. Just like in Hunger Games, they will spin that arena fast, and they will send you some new surprises that may hurt you and leave you reeling.

Make yourself an arena wheel. Then start to fill it out when different challenges hit you. Don’t forget to dissect them.

Arena Challenge #1: He told me he had cheated because he was lonely and only on Tinder looking for friends. LIE (The truth is that 99% of married men do NOT go on Tinder to find friends of the opposite sex even though Tinder has thrown in a few campaigns trying to market it as that. It’s a dating website).

Arena Challenge #2: He admitted that yes he was looking for companionship because he was lonely and hated being alone with his diabetes. He had dreams that he wouldn’t wake up and it scared him. LIE/TRUE: I’ll meet in the middle on this one. He did have diabetes and he DID worry about being alone BUT his doctor on NUMEROUS appointments told him he took such poor care of himself he couldn’t qualify him for a continuous glucose monitor that would allow me to help monitor him remotely when he traveled. If he would do some bare minimum stuff, he would put him on it.

WORRIED YOU’RE GETTING PLAYED? GRAB OUR FREE DEALING WITH A NARCISSIST WORKSHEET NOW!

This is the hardest part of the game. But don’t give in and eat the poison berries. There are many support groups, online Facebook groups and information out there to help you deal with a nacissist! There were so many times that I wanted to just stop the wheel and I realized I wasn’t the one in control of the wheel…just how I dealt with what was being given to me each hour. Remember in Hunger Games that the players didn’t have any control over who had to play. They were called up. Which seems completely unfair and wrong on so many levels. And it seems completely unfair and wrong you have to deal with a narcissist. But seeing and recognizing you are in a game and playing a game does make it easier to deal with. Breaking down the game also helps you see where the truths and the lies are. Making your wheel and writing down the different angles the narcissist takes are also important too. This helps you understand what the narcissist is saying to win the game. Winning the game could be anything from getting you back to winning in court. Figure out the outcome of the game. Then start working on YOUR game plan! You got this!

Monsters Living Amongst Us

I was 38 with three children when I got the news my ex spouse had passed away. I found myself grieving the loss of a spouse although our marriage had ended on less than amicable terms. I found myself moving through a mix of different emotions I didn’t know if it was okay to have. I needed help. Did I join a widows group? Was I a widow? How do you deal with the grief and loss of an ex spouse? 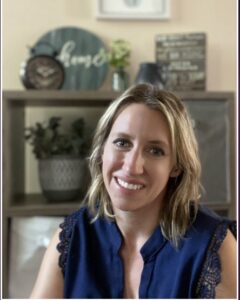